Posted on July 5, 2019 by rtushnet
Andy Warhol Foundation for the Visual Arts, Inc. v.
Goldsmith, No. 17-cv-2532 (JGK) (S.D.N.Y. Jul. 1, 2019)
In some sense, this fair use case is a foregone conclusion;
even the terrible Saderup decision made an exception for Andy Warhol,
because we all know that his touch (filtered through the actual human touch of
assistants) confers new meaning and value on an artwork.  The other thing this case illustrates is that
courts are more comfortable with fair use than they are with a true
infringement inquiry (did the defendant copy too much protected material from
the plaintiff?) when the real problem with the claim is that the defendant
copied without taking very much, if any, protected material.  The third factor analysis here even
implicitly admits that the plaintiff hasn’t identified any expression
that was taken from her photograph of Prince.
If we were really concerned that transformativeness has gone too far—I’m
not, but I also think we should be serious about requiring substantial
appropriation of protected expression—then one way to deal with that problem
would be to take infringement more seriously rather than using fair use as a
clean-up tool.  The finding of
transformativeness here is in part the flip side of the lack of copying of
protected expression: Warhol’s prints were readily able to bear new meaning and message
because the expression in the original photo had been abstracted away, not
because of a Sherrie Levine-style appropriation. 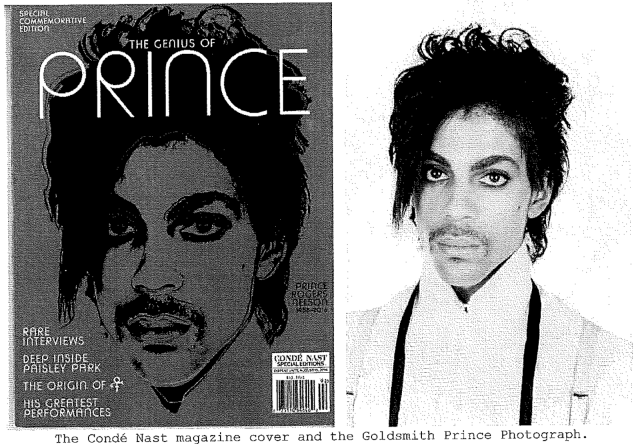 This entry was posted in Uncategorized and tagged Warhol wins on fair use of photo (but should've won on substantial similarity) copyright. Bookmark the permalink.